A Model in the Benefits of Effective Community Collaboration 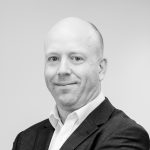 The Kangaroo Flat and Golden Square Flood Mitigation Study was a wonderful example of how effective and well-planned collaboration between government bodies, experts and the community can deliver innovative and effective solutions to mitigate future flood events.

While there had been no recent major flooding to the area, City of Greater Bendigo Council wanted to undertake a study to fully understand the existing flood risk and develop mitigation options.

Maria McCrann from Bendigo Council explains that “when Bendigo Creek floods, Kangaroo Flat and Golden Square have a lot of properties impacted. And with climate change conditions, we’re definitely looking into how we can minimise the risk for that community.”

Why WMS was Awarded the Tender for the Flood Study

Bendigo Council has a stringent and detailed process for assessing and awarding tenders. Julian Skipworth, Regional Manager in Victoria for WMS, agrees that his previous experience played an important part in securing the tender. He says, “Preceding this was the Bendigo Flood Study done around eight or nine years ago. I did most of the technical work on that. So I had a lot of local experience which I think helped. And certainly having a local engagement specialist (Make a Change) was a big emphasis in our submission, I’m sure that helped as well.”

There’s a strict criteria that weighs not only the cost of a proposal, but also the methodology and previous experience. WMS had very close knowledge of the flood study here in Bendigo. And that was definitely an advantage.

Julian’s decision to bring in local engagement specialists Make a Change was a master stroke and ensured the success of the project. Maria agrees, going so far as to say, “That was critical. This project was a very big project, and a lot of the community was interested in what was proposed. The community engagement was extensive. So it was certainly a critical step of the process”.

Make a Change is a not-for-profit and certified social enterprise. Their vision is to support communities to make the changes they want. They work with councils and other organisations to deliver community engagement and development work.

Karen Corr from Make a Change understands the value of authentic inclusive community dialogue. There are vast improvements and tools available now to solicit community involvement. These days, a couple of ads in the local paper and a community meeting or two just aren’t adequate. This is why Make a Change utilised an innovative community engagement model with the Kangaroo Flat and Golden Square project.

Make a Change were also conscious of being inclusive, with Karen saying, “We made it clear everyone was welcome to participate. Everyone could contribute something”.

Julian was impressed with the response achieved by Make a Change. He says, “In terms of community engagement, it was really effective and really successful. We had a huge turnout to our workshops. 60 to 70 people came along, probably the highest number I’ve seen for these type of studies, particularly given there’s not been a major flood even in recent years in the study area.”

The advantage of involving a specialist communications person was that it ensured a high level of engagement, which was important to Council – they wanted to know the community were properly consulted with and had their say. Having a specialist engagement team in board also allowed WMS to focus on the technical aspects of the study, which in themselves were quite complex and challenging.

We’re always looking for ways to increase participation and involvement. It’s a core foundation of our work. So with this project we created a really comprehensive communications and engagement plan. It was multilayered and multileveled, with a whole suite of activities to ensure that as many residents and businesses as possible would know about this project.

Community meetings were hosted by Council and WMS and facilitated by Make a Change. Strong facilitation allowed the meetings to run smoothly and not be dominated by one or two people.

Impressively, an initial list of 80 different mitigation ideas was compiled. Julian notes that “the community came up with around 40 to 50% of those ideas.”

A smaller project control group helped reduce that list to around 45 ideas that were then tested by WMS through modelling. It became obvious that some wouldn’t be effective and so began the process of refining the list of ideas. Eventually, ten options were chosen for WMS to do further modelling on. Cost and environmental assessments were also undertaken, before final recommendations went back to the community for approval. Of the final recommendations, Julian says, “The preferred option involved looking at how an upstream dam called Crusoe Reservoir could provide increased flood mitigation capacity. We looked at diverting additional runoff into that reservoir from some of the upstream catchments, and increasing the amount of flood storage that’s available in that reservoir at the start of a large storm event. That ended up being one of the options that had the strongest feasibility, and also had significant community support.” There are also back up options in case that option falls through and is found to be not feasible after further investigation and study.

City of Greater Bendigo Council was impressed with Julian Skipworth and WMS. The advantage of working with someone knowledgeable and experienced in the space of water modelling can’t be underestimated.

Maria says, “Julian has been great to work with. It’s amazing how they delivered things on time. And they were really happy to work with us when we had queries. Julian has a lot of expertise. It was so much easier to have discussions with him.”

Maria also noted that working with experts saved Council a great deal of valuable time. She acknowledges, “Julian has a very clear idea of what happens around Bendigo. He was really good at presenting to the community as well. So definitely a great asset.”

The Benefit of Collaboration

Everyone that worked on the Kangaroo Flat and Golden Square Flood Mitigation Study benefited, but the community gained the most from the process. Firstly, they received a solution to flooding issues that would have otherwise had an impact on their homes and businesses. But more than that, they got to have input and have their voices heard. Maria explains that this was important to Council. She concedes, “If the community is more on board with these decisions, they’re going to value what we’re trying to achieve.”

Karen from Make a Change also agrees that community involvement was beneficial. She says, “Floods are likely to happen in the future, and people need to know about it and need to be prepared. It fits with other work we’ve been doing around community resilience, and being more prepared and proactive in relation to extreme weather events and climate change.”

This Victorian flood study is a wonderful example of how different stakeholders with different interests, but a common goal, can work together and achieve a positive outcome for the whole community.