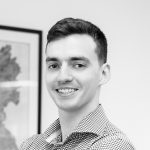 Sunny Day Failure (SDF) was not considered for the basin as it was determined that the basin does not hold water for longer than 3-5 hours and would typically be dry in a SDF.

The number of Population at Risk (PAR) was calculated for each design flood event for four failure modes (overtopping of embankment, overtopping of spillway and piping failure at two locations).