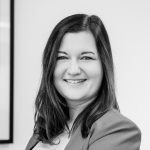 The Toowoomba Second Range Crossing provides commercial and heavy vehicles with an alternative crossing of the mountain range to the north of Toowoomba. The bypass not only addresses increasing transport demands from the region’s growing population, but will improve freight efficiency, driver safety and relieve pressure on Toowoomba’s roads. The 41 km-long bypass route runs from the Warrego Highway at Helidon in the east to the Gore Highway at Athol in the west, via Charlton. Construction of the project was awarded to the Nexus Infrastructure consortium and had a budget of $1.6 billion.

The route crosses several major creek systems that experienced devastating flooding in January 2011. WMS were engaged as contractors by Aurecon to work within the Nexus Infrastructure project team and assist with the flood impact assessments of the Dry Creek and Gowrie Creek crossings.

Toowoomba Regional Council had undertaken flood studies of the region for which WMS had played a crucial role. For Dry Creek, hydrologic and hydraulic models developed for these studies were utilised with appropriate upgrades including a new model topography and recalibration. For Gowrie Creek, a new 2D hydraulic model was developed. Within the Nexus Infrastructure project team, WMS worked to test multiple bridge and culvert arrangements to minimise flood impacts and scour potential. The primary outcomes of the project were detailed hydraulic designs and flood assessments of the crossings for Dry Creek and Gowrie Creek.